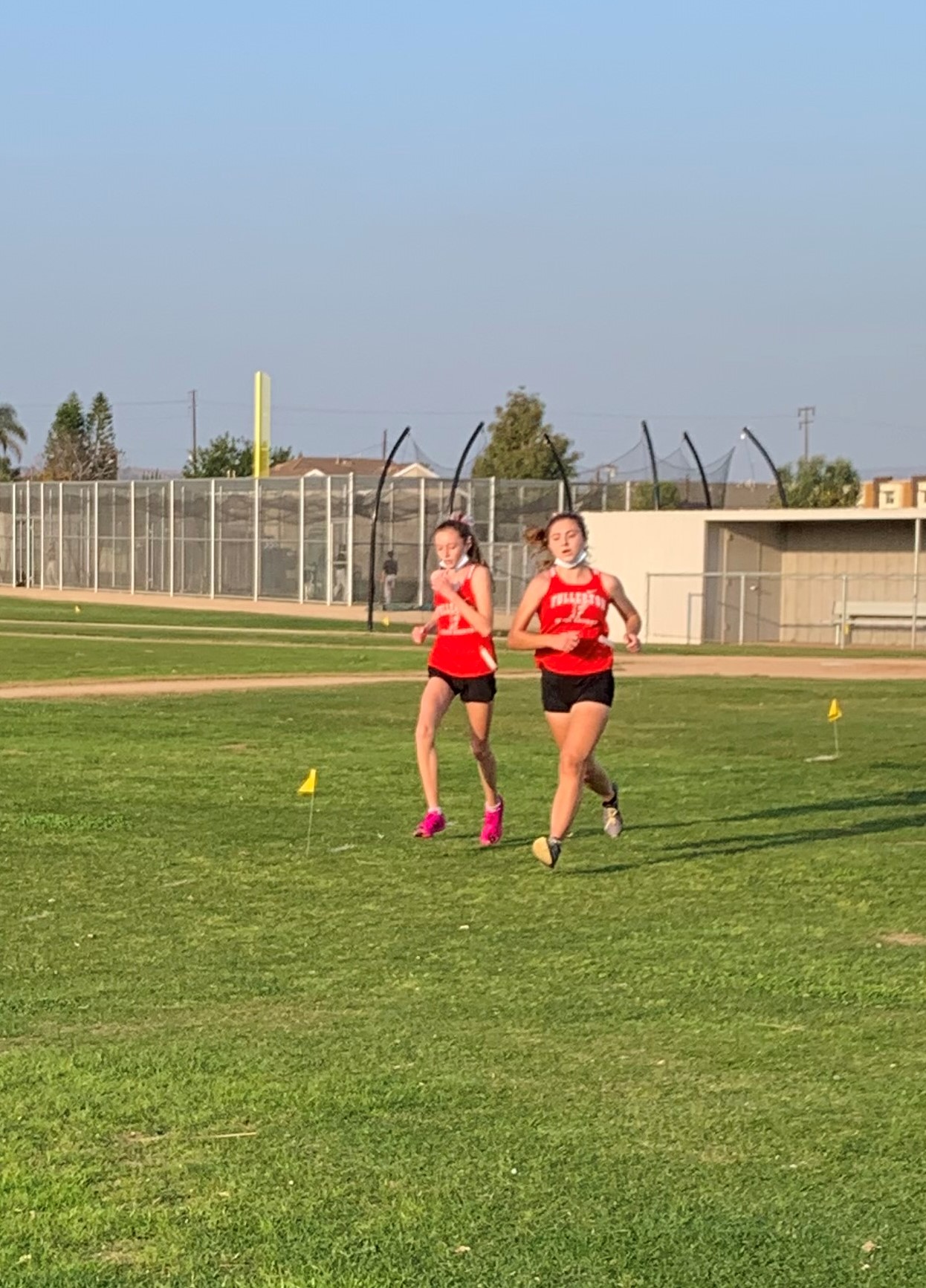 Yesterday afternoon marked the girls cross country team’s second competition in a long awaited season. Although both levels came in with significantly less runners than Buena Park, Fullerton runners were eager to take advantage of Buena Park’s fast and well marked course. The first race kicked off with freshman Amanda Chin, defending Fullerton as the only runner against a full team of runners from Buena Park. Amanda battled her way through the course and earned a new personal record. She beat her previous time by an impressive 2 minutes and 39 seconds! The girls varsity race proved to be equally as competitive. Senior Ali Williams, junior Hannah Torres, and freshman Morgan McAndrew took to the start line to represent Fullerton. The runners pushed pace to break their previous records. Their efforts were rewarded as Ali and Morgan broke 20 minutes! Ali earned a new personal record in first place at 19:47. Morgan secured the second place spot with a time of 19:50. Hannah Torres took the third place spot for the team. Although neither team could score, the runners put forth their best efforts and the victory was their accomplishments. We want to extend a thank you to Buena Park for graciously hosting our team and we look forward to keeping the momentum as we compete against Troy this upcoming Wednesday, February 17th at 3:00 pm.

All Football vs. Troy High School

Boys All Tennis vs. Valley Christian/Cerritos

Girls All Tennis vs. Valley Christian/Cerritos